How prevalent is Utility Companies usage of thermostats that they can control via WIFI?

I'm seeing all kinds of stories and comments online about how the electric company in Texas is controlling some people's AC via their Nest thermostats. Apparantly these users agreed to allow this at some point because there was a bonus or cheaper rate applied. Now the utility company is controlling the temperature in their home because of the energy crisis in that state.

Is this common practice? It certainly doesn't make me want this type of thermostat in mny home. What do you think? 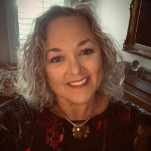