I am a wholehearted workhorse in the workplace. I want to be promoted. What should I do?

I have been operating in a large Internet company for four years.

Every year-end performance evaluation is excellent, but every promotion is not my turn, I feel particularly depressed.

The leader also agrees that my business ability is powerful, but I just can't get promoted. What should I do? 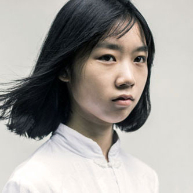